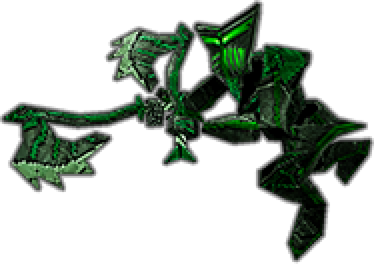 Solar berserker is a common enemy type encountered in Solar Solstices. He is the lowest ranking member of Sun worshipping cult, often appearing in groups together with Solar knights or other berserkers. He wears armor with emerald green color, and is equipped with two one handed axes. Although a bit more dangerous, he is supposed to be Solar counterpart to a Lunar squire, and has the same durability.

Solar berserker is very fast and agile opponent, that should definitely be prioritized to deal with, since his attacks can be very hard to evade, if found in bigger groups. His attack consists of jumping at player from average distance while slashing both of his axes. This attack can also be used to jump on higher platform, as Solar Solstices is very vertical world. The best weapon against these guys would be Whispering edge, since one slash is enough for them to bite the dust, and due to their speed, they can hardly evade even slower projectiles.